You may hear the terms Interstate 540 (or I-540), Interstate 87 (I-87) and Interstate 587 (I-587) being bandied about from some locals. How do these planned highways affect residents of Weaver’s Pond, you may ask? Read on to find out.

Also known as the Triangle Expressway, I-540 is a planned outer loop around Raleigh. The northern leg opened in 2007 and linked Interstate 40 near the Raleigh-Durham International Airport to Knightdale at U.S. 64/264. The incomplete southern leg ends at N.C. Highway 55 Bypass just north of Holly Springs and is a toll road there from N.C. 54 near Morrisville. The North Carolina Department of Transportation’s “Complete 540” project will extend the I-40 from the N.C. 55 Bypass to U.S. 64/264 in Knightdale and complete the expressway. Plans are to construct the project in three phases over the next decade, with one being I-40 Exit 309 near Johnston County to U.S. 64/264. When that opens, it will provide Weaver’s Pond residents with a quicker drive to most southern parts of Wake County and beyond, albeit on a toll road.

Signs for I-87 next to U.S. 64/264 are now up. That’s because I-87 is a four-lane highway planned from Raleigh to Hampton Roads, Virginia, and part of that will be what is now U.S. 64 going eastward to Williamston. While officials estimate upgrading the existing highways to interstate standards along the entire route could take a decade or more, the U.S. 64/264 portion already meets those standards, so the signs for I-87 could go up there. I-87 superseded the previous I-495/Future I-495 signs seen on U.S 64, following a decision for the renumbering by the American Association of State Highway and Transportation Officials (AASHTO). For Weaver’s Pond residents, I-87 will allow quicker access to the Outer Banks and Virginia Beach area when completed.

Linking Zebulon to Greenville along what is U.S 264, I-587 is meant to spur economic development in eastern North Carolina. It will not become a reality soon. The state has 25 years to upgrade I-587 to interstate standards, which includes widening the shoulders along the highway and replacing overpasses. When done, it will make it easier for Weaver’s Pond residents to reach East Carolina University and other points east. 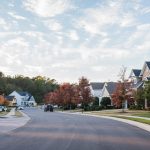 4 Spring Events to Check Out in the Zebulon AreaZebulon 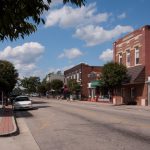